Select Disney Magic Sailings from New York in 2017, Disney Cruise Line Guests will unite and celebrate the epic adventures of the legendary Super Heroes and Super Villains from the Marvel Universe during a brand-new, day-long celebration: Marvel Day at Sea. 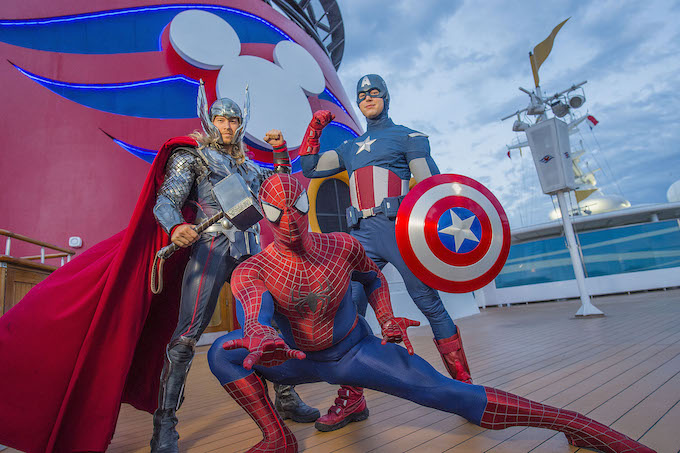 Occurring on one action-packed day during each of the seven Disney Magic sailings, you will be transported to a new realm of possibilities when the Marvel Universe assembles on the ship. The event features all-day entertainment including exclusive interactions with some of the mightiest Marvel Super Heroes and the menacing foes that oppose them, an extraordinary deck party, Marvel-themed youth activities, special merchandise and unique food and beverage offerings.

Marvel Day at Sea hosts an awesome mix of immersive entertainment that is sure to empower Guests to unlock their hidden superhuman abilities as they assemble their own Super Hero community onboard the Disney Magic on this very special day. Highlights include:

Are you ready to summon their inner Super Hero for the adventures that lie ahead during this unforgettable day at sea? Call for details and how you can set up a payment plan!